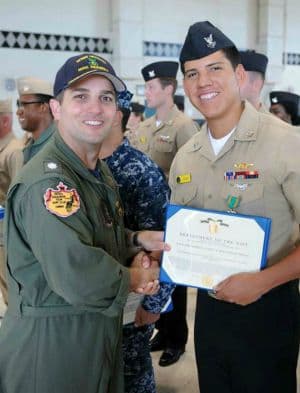 Clarissa Cadena was born and raised in San Antonio, TX, and moved to Colorado in 2013 with her family. As a single mother of three young girls, Ms. Cadena managed to complete her undergraduate degree while working full time and taking a minor break to join the Army Reserves as an MP.

Ms. Cadena’s academic background consists of a Bachelors of Science in Business Management and she is currently a candidate of the MS International Business program at CU Denver. Through her education and CIBERVets, Ms. Cadena has learned the importance of globalization and how more organizations are veering towards outsourcing. Ms. Cadena believes that the MSIB program paired with her experiences and connections through CIBERVets will grant her numerous exciting career options upon graduation. Her hope is to find an ethical and reputable organization to grow with and possibly continue her educational career to obtain a PhD.

Chuck Nicholls served in the Air Force for 10 years before separating in January 2021 as a Staff Sergeant and transitioning into the Air National Guard. Mr. Nicholls is currently part of the Tactical Air Control Party career field where he is responsible for the coordination, planning, and control of aircraft and helicopter air support. He served two deployments overseas, one to Afghanistan where he trained and advised the Afghan National Army, and one to Europe, primarily in Poland, where he had the opportunity to work and train with various countries in support of NATO missions.

While in the Air Force, Mr. Nicholls earned his Associate in Applied Science in Information Systems Technology from the Community College of the Air Force. He also graduated from the American Military University with a Bachelor of Arts in Entrepreneurship with a Concentration in Sports Business. Mr. Nicholls is currently pursuing his MS International Business at CU Denver.

Initially driven by his passion for business, Mr. Nicholls joined CIBERVets to grow as a professional, enhance his leadership and management skills, and gain invaluable business experience. He is now the CIBERVets Student Coordinator and hopes to help more veteran and military students be actively engaged in their careers, both professional and educational. Personally, he would like to pursue his dream of becoming an entrepreneur and running his own business.

CIBERVets hosts the Global Leaders Program, a series of state-wide development, networking, and recruiting events to match CU and Colorado veteran and active military students (VMS) with potential employers. In 2021 and 2022, CU CIBER will host these events in a remote format targeting a national VMS audience.

Fall 2022 programs are in the works. Check back here for more information as it comes available. 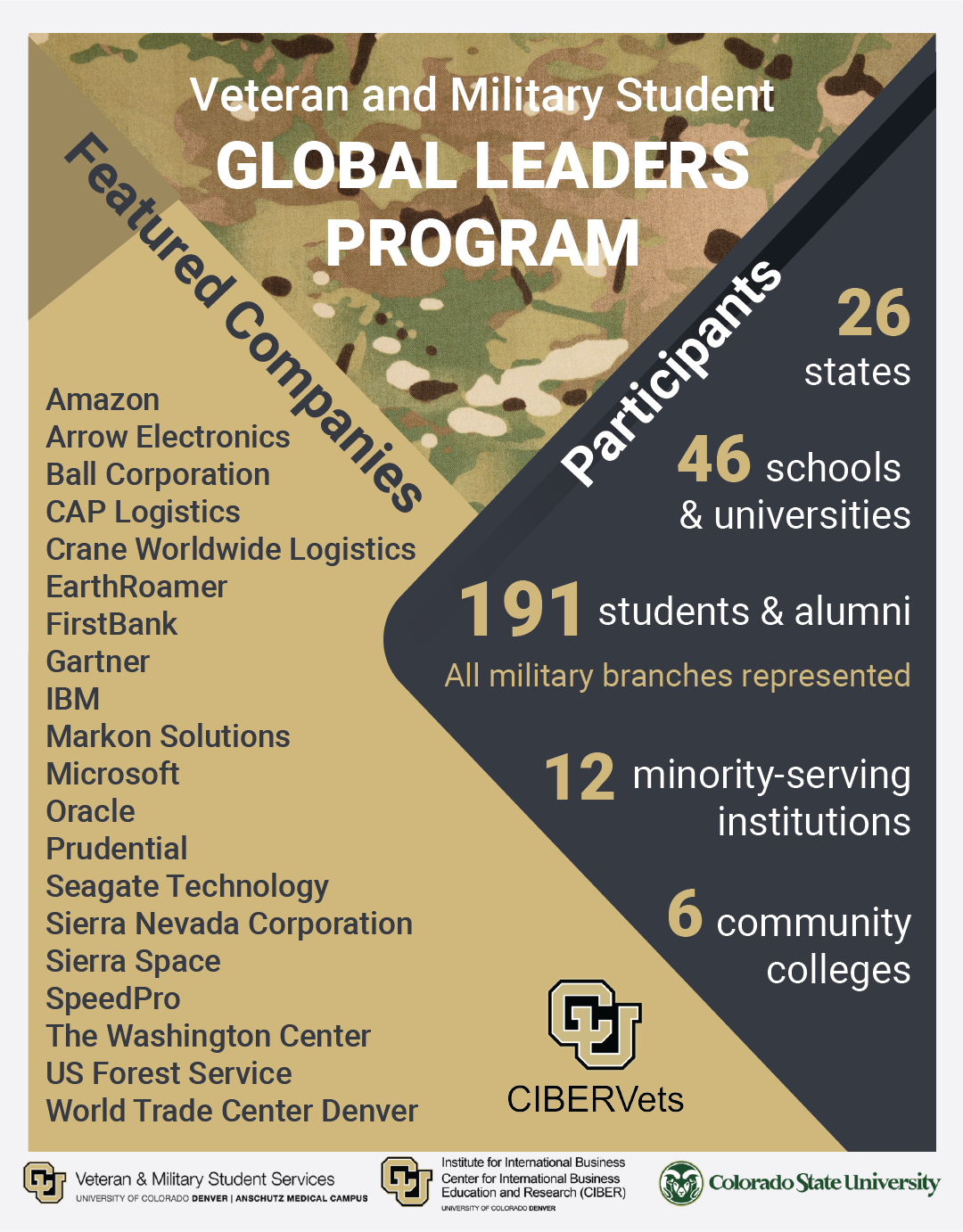 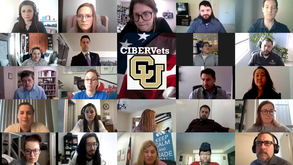