Lisa Roy MA '96, EdD ’16 leads one of the state’s most important initiatives — free universal preschool education — as well as its first new department in nearly 30 years. 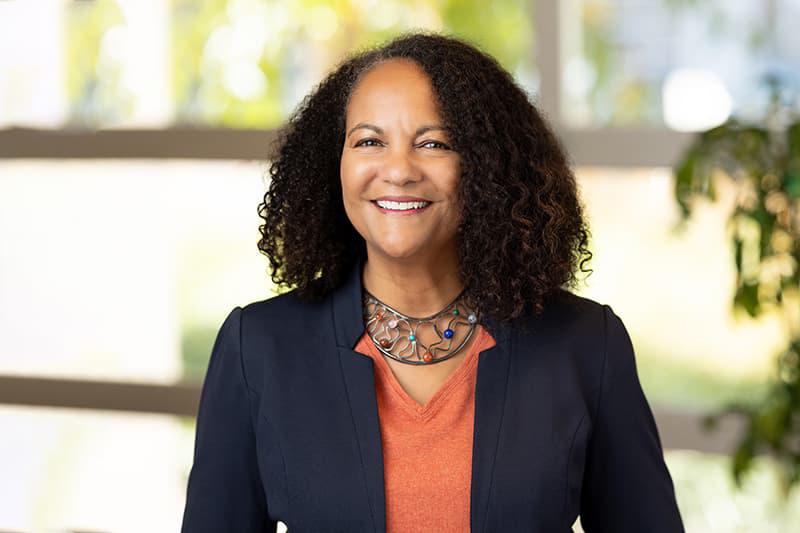 In May, the two-time CU Denver alum was appointed by Governor Jared Polis to lead Colorado’s new Department of Early Childhood. The department delivers a broad range of programs and services to Colorado's youngest children, their families, and the professionals who serve them.

Roy's appointment is a milestone, and not just for her. It marks the culmination of a years-long effort to elevate the importance of the state's early childhood services by putting them under one roof, and giving them cabinet-level oversight. The department itself was formed by the state legislature in 2021, becoming the first new department to be created in nearly 30 years — and the last one currently allowed by law.

"They decided that this would be it," says Roy, nodding to the bipartisan support for early childhood education.

The state's full-day kindergarten program, launched in Fall 2019, as well as its new universal preschool program, slated to launch in July 2023 represent the Governor's signature programs.

Under Roy's leadership, the department and its programs promise to promote equity while fueling Colorado's economic growth. Roy finds irony in the situation.

"None of it would have been possible without childcare," she says.

Education is in Roy’s Blood

Her great-grandfather was a superintendent of "colored" schools; her grandmother was a teacher. Roy's mother, who became pregnant as a teenager, became the family's first person in generations not to earn a college degree.

"That's significant for African Americans," Roy says. "She carried that to her grave."

Roy herself almost didn't pursue higher education. After she and her now ex-husband had three kids in four years, her dreams of college didn't seem attainable to the financially-struggling family. Eventually, Roy did apply to college. Her husband's salary disqualified her from financial support for childcare. He made five dollars too much.

With the help of a United Way grant for child care, Roy completed her associate and bachelor's degrees. Then, she earned her master’s in Counseling Psychology and Counselor Education from CU Denver. Twenty years later, as a grandmother, she returned to CU Denver to pursue a doctorate in Leadership for Educational Equity from the School of Education and Human Development. After earning her doctorate, Roy served as Executive Director of Early Education for Denver Public Schools and Program Director at the Buffett Early Childhood Institute at the University of Nebraska.

In her new role, Roy hopes to bring her lived experience to bear, not only to make early childhood education available to the state's youngest learners but to increase access to higher education for parents who otherwise might be deterred by the demands of childcare. "I bring a commitment to education as well as an understanding of what it's like to struggle to earn a living wage to support my family," Roy says.

CU Denver is Part of the Roy Family

Lisa Roy was a major influence on her son James’s decision to pursue a degree in urban planning at CU Denver. Having watched his mother learn and teach on the campus, he felt right at home as a student here. During our 50th Anniversary year, learn from Lisa and James how one university has inspired two generations within one family.

With reading and math scores lagging locally and nationally, combatting the learning loss that has resulted from school closures and other pandemic-related stressors has become a priority for leaders on both sides of the aisle.

But for Roy, the lesson of the pandemic isn't just how much support kids need, it's the different types of support they need: academic, social, and emotional. She sees early childhood education as a way to improve outcomes by fostering engagement across children from different socio-economic groups.

"We're born learning,” Roy says. “At six months old, we identify differences in gender, race, ethnicity, and language, and we form perceptions of whether those differences are positive or negative. Those perceptions make a lasting impact on how we see and feel about ourselves.”

There's another reason fueling excitement around the state's universal early childhood programs: cost savings for families. According to Roy, free full-day kindergarten saves families four to five thousand dollars per year. Universal preschool only adds to that savings. Greater access to high-quality and safe learning environments saves parents money — while giving them the opportunity to grow in their careers.

The department is launching a workforce development initiative. "It's exciting because of the need to have more early childhood teachers and providers," says Roy.

Roy isn’t bothered by the high expectations for her department. It’s one of the many reasons she embraces the involvement of Gov. Polis, who once served on the state school board. “He understands the science and research behind early childhood education,” Roy says. “I know I’m going to have the resources I need to be successful.” 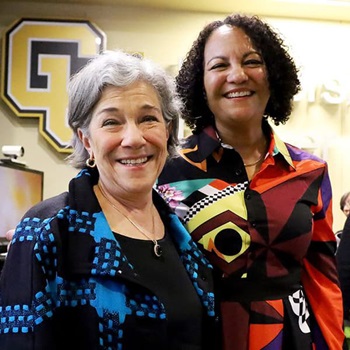 CU Denver didn't just position Lisa Roy to achieve success. It shaped her values and her approach to making an impact.

While pursuing her doctorate in educational leadership, Roy had the opportunity to learn from aspiring leaders from other school districts — people training to become state superintendents and district-level leaders. "Learning that districts are businesses, as well, shaped my perspective."

But it was another development during her time at CU Denver that influenced Roy the most: the bond she formed with the School of Education & Human Development’s dean, the late Rebecca Kantor, EdD.

As an expert in early childhood learning, Kantor was a rarity among education school deans. During her tenure, Kantor created an early childhood program modeled after world-renowned programs with which she was personally involved.

“She was the salt of the earth — brilliant and humble and loving and kind,” Roy says of Kantor. “I had a special relationship with her, but there were probably thousands of people who feel that way," Roy says. "That's the mark of a special person."

To Roy, Dean Kantor wasn’t just a mentor and friend but an example of what makes CU Denver special: faculty and leaders who combine academic expertise with real-world experience.

This CU Denver hallmark — blending of theory and practice — made a big impact for Roy. "When you're struggling, you can have a conversation with someone who's been there, who knows what you're talking about and the politics of the work you're doing, not just the process," she says.

Universal preschool may forever be her department’s calling card, but Roy is enthusiastic about the other ways it can make an impact.

Chief among them: Helping parents and caregivers cut through the red tape. “Bringing our early childhood programs and services under one roof will really help streamline things. A parent shouldn't have to go here and there and fill out 10 applications to get what they need,” Roy says.

The department also plans to launch a workforce development initiative. “We need more early childhood teachers and providers,” says Roy. Another key part of Roy’s vision: Owning more of the technology and platform infrastructure that the department relies on.

Accomplishing such diverse and important goals requires building the right team, and making sure that team members, once in place, are able to make the most of their talents while developing ones they didn’t realize they had.

"I take an asset-based approach,” Roy says. “I try to put people in a position to succeed, but also to stretch a little bit. I'm looking for the best way to utilize someone's skills.”

As Roy thinks about the work ahead of her, she can’t help but reflect on what education has meant to her and her family, and what it might mean for the state’s younger children and the parents who care for them. “We do have families that make the decision to quit a job or take a less rewarding one because they can’t solve the problem of childcare,” she says.

Roy hopes others, and particularly those whose careers have taken more time to get off the ground, find inspiration in her journey. “Even if you’re just starting your associate degree, know that you can get to where I am.