Jiayu Dong – The Voice From Alumni 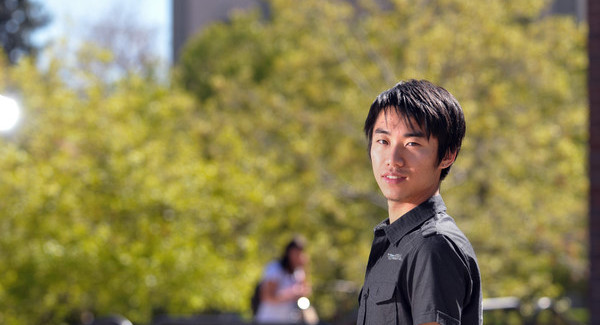 Jiayu Dong, one of the first ICB alumni following the restart of the ICB program, is now focusing on his master degree of mathematical finance at Rutgers University in New Jersey, U.S.A. In order to achieve his goal of being a portfolio manager, Dong is gaining experience working in a large financial analytics company in New York City.  Dong constantly keeps his eyes open for new experiences and opportunities to accelerate his career.

Similar to the former president of the Denver-based ICB Club, Fan Zhang, Dong was a significant board member and one of the club’s founders. Dong believed that the foundation of the ICB club was one of the most unforgettable experiences he had in the period of studying in Denver. “There were already several Asian student associations when I first came to Denver,” Dong says. “Then Fan Zhang proposed that we build a club for ourselves. The idea came easily; launching it was the most challenging part.” Through the efforts of Dong, Zhang and a few other ICB students, the club did launch and continues to thrive today!

Though experiencing cultural collisions and life difficulties the first time living alone in the United States, Dong consider it the busiest, but most meaningful and memorable experience of his time at CU Denver. “The ICB program provided me a lot of social skills and knowledge with which to fuel my further study,” Dong says, “ICB offers an opportunity for Chinese students to gain a broader global vision from both Eastern and Western cultural perspectives.”  In addition, Dong believes that a successful global education program gives an individual a better understanding not only of a foreign culture, but also of his own.