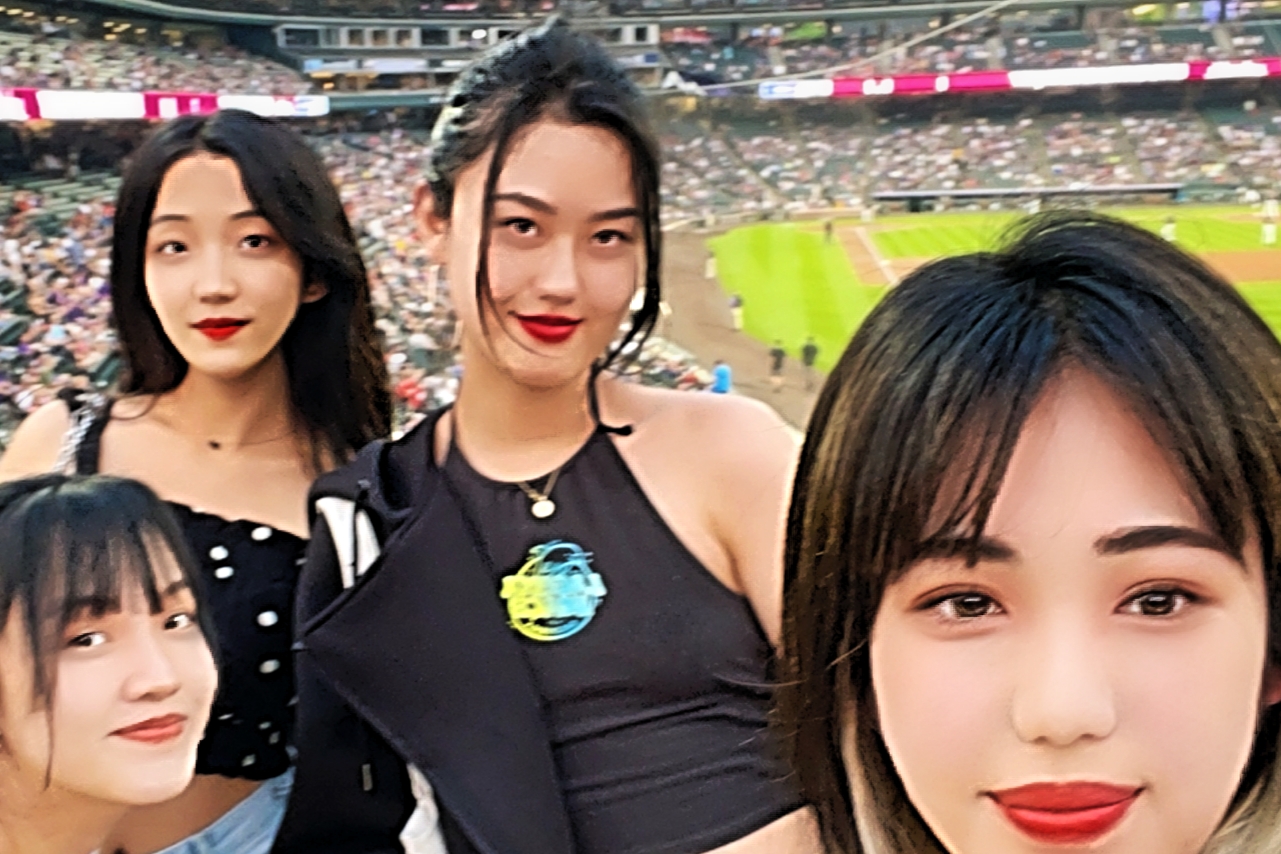 On September 2nd, ICB students in Denver cheered one of their new favorite baseball teams, the Colorado Rockies, at Coors Field. The ICB students joined fellow classmates from around the world for this international student event, one of many free activities organized for students by the Office of International Affairs.

“When the players gave a nice shot, the ICB students applauded along with the rest of the audience,” said Runke (Jade) Li. The group enjoyed local cuisine and achieved a deeper understanding of American baseball culture. Several students became fans of Charlie Blackmon, player number 19, and now wear souvenir caps they purchased at the stadium gift shop. “We agreed to bring more ICB students to watch future games!”

Li is a senior ICB student who is majoring in communication and minoring in film & television. She explained that she is “interested in recording lives with photos and videos” and hopes to become a filmmaker in the future