Rising Above Challenges to Persevere 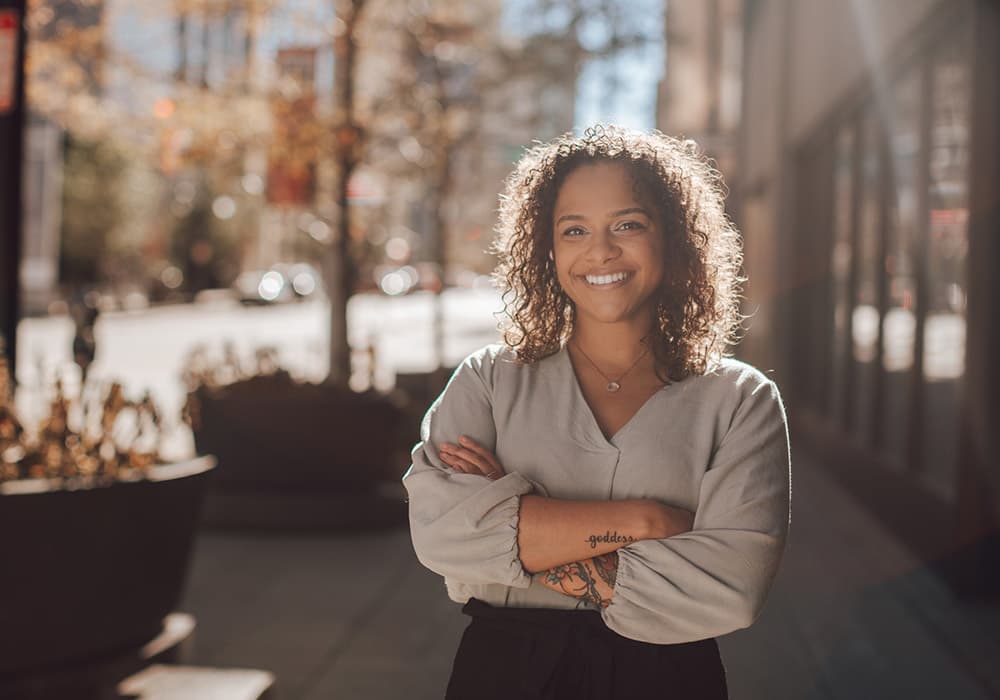 Resilience is a word that has come up again and again throughout the global pandemic. Faced with adversity on a scale few had ever faced, people across the country and around the world rose above the challenges they faced to persevere. Even before COVID hit, psychology student Alex Behler had plenty of practice drawing on her own resilience.

“Up until I was 17, I was the only person of color in my family,” she says, explaining that she was born to a white mother, who was 16 at the time, and Black father, whom she didn’t meet until she was in her late teens. The challenges didn’t end there for Alex, who identifies as Black and queer. Facing a fraught relationship with her parents at home while struggling as a student, Alex made the decision to move in with relatives in Washington State to finish high school, only to encounter significant racism there. Seeking an escape hatch, she then decided to enlist in the military but was disqualified owing to mental health issues she had struggled with as a teenager.

After graduating high school, Alex returned to Colorado and enrolled in the Community College of Denver but was hard-pressed to keep up with her studies while working 60 hours a week in the restaurant industry. A turning point arrived when she took a much-needed break in Hawaii. It was there that she met people from all over the world and discovered she had a knack for communicating with them in a way they responded well to. “I thought I could communicate on their level, like a psychologist would do,” she says. “So, I changed my major to psychology, earned my associate’s degree, and got accepted to CU Denver.”

The road ahead seemed clear until Alex’s life was upended from a violent assault, leaving her traumatized an unable to continue with school. For the next nine months, she once again drew upon her resilience to focus on her mental health and rebuild her confidence with the help of a PTSD program that involved weekly therapy sessions.

Today, Alex is an honors student and a recipient of the Samuel Priest Rose Memorial Scholarship, created in honor of a CU Denver psychology professor who struggled with his own mental health issues and who passed away in 1994. “As someone who has suffered from mental health issues, I think it’s impressive and inspiring and absolutely heart-wrenching that something so beautiful could come out of such an incredibly painful experience,” remarks Alex, referring to the Rose family’s decision to create this scholarship. “It speaks to my soul so much that it was conceived from something I personally struggled with.”

While she finishes her degree, Alex values the opportunities this scholarship has afforded her, including writing an honors thesis, participating in research, and applying to doctoral programs. Even more, she values what the scholarship represents. “The Samuel Priest Rose Memorial Scholarship is more than money,” she says. “It’s a vote of confidence and the underlying belief that I will succeed.”