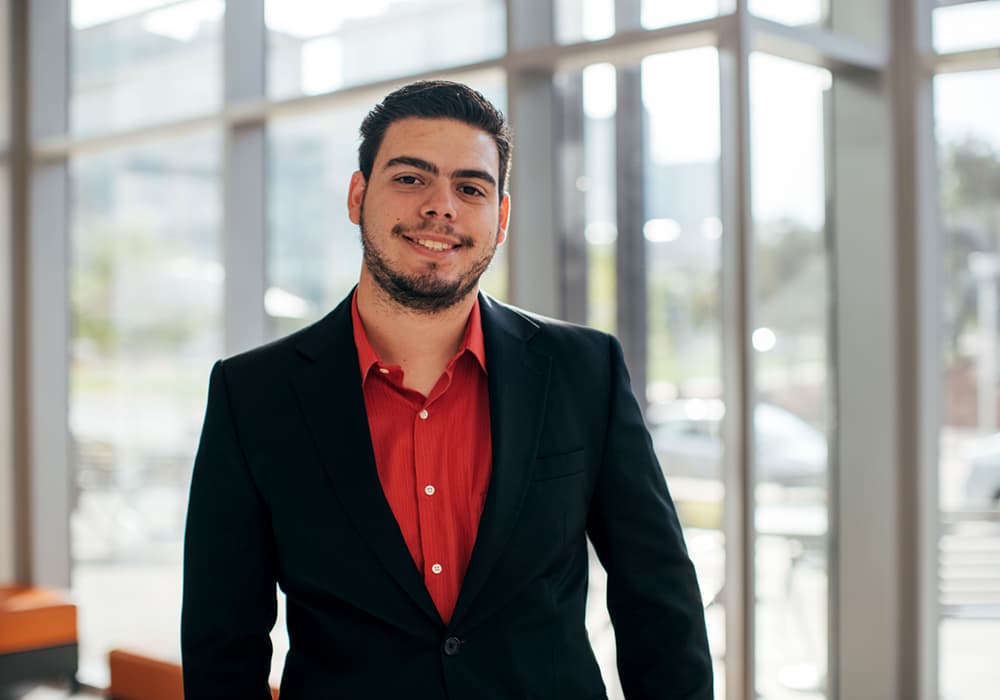 Edward Simmons Rosales knows what it means to experience a change in fortune.

Edward was born in Venezuela, where his grandfather had a successful career then spent his life savings to send his entire extended family to the U.S. The college degrees that Edward’s parents earned in Venezuela were not recognized in the U.S. So they worked hard—sometimes 70 hours per week—to re-establish a stable life for their family in their new home.

A Passion Sparked by Personal Experience

When Edward arrived at CU Denver to study business, he gravitated toward the field of insurance. He recognized that changes in fortune are often out of our control, the product of unforeseen events that upend our lives and livelihoods. “The goal of insurance is to put people’s lives and businesses back together,” Edward said. “I want to be a person who helps put as many people’s lives back together as I can.”

He’ll be the first to tell you that the insurance industry has serious challenges to address. “There’s such a gap between the poor and the rich where there shouldn’t be,” he noted. “There’s a big information gap. Large groups of people don’t have the security they need because they aren’t being well advised.” Edward aims to fill that gap for low-income families: “I want to make it more fair for people.”

Finding Support and Paying it Forward

In pursuing his future career, Edward has made the most of every opportunity afforded him as CU Denver student, starting with triple-majoring in Finance, Financial Management, and Risk Management & Insurance (RMI). He’s secured multiple internships, participated in clubs, organized events, and assisted in hiring school leadership. Along the way, he’s been supported by numerous scholarships, including a generous gift from Colorado PRIMA for RMI students.

Today, Edward is taking the lessons he learned and sharing them with others by mentoring younger students and guest speaking in business classes. “I love speaking to new students about how to take advantage of their time here,” he said. Judging by Edward’s own example, sometimes the best insurance plan is to maximize the number of opportunities in front of you.