For Hugo Azevedo, Lifelong Learning Means Building His Career Alongside His Education 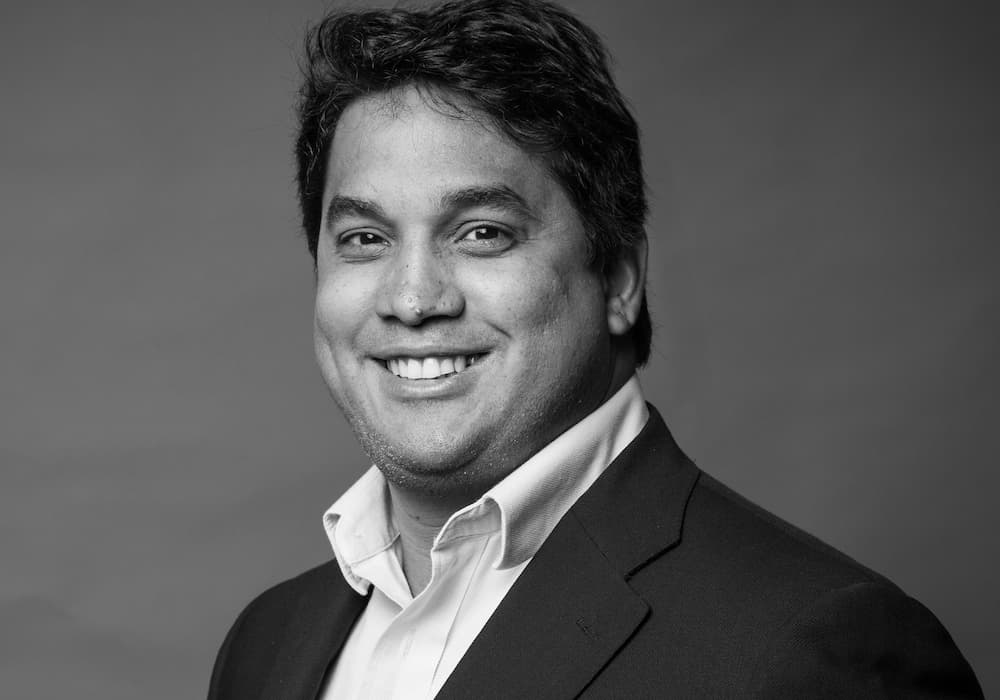 In Hugo Azevedo’s story, opportunity and community have always been linked. During the 1990s, when Hugo was a teenager in a small town in Brazil, his father banded together with friends and neighbors to form a consórcio (a sort of group savings program), enabling him to buy their family’s first computer.

That’s when Hugo began developing what he calls his “computer hands”—hands that would carry his education and career forward for the next 30 years. Few people in his hometown had experience with computers, so he quickly recognized he had a valuable skillset to contribute. Before long, he was trading his technical expertise as a tutor to attend classes at a local English school. “You were always exchanging with people, always lifting each other up,” he said.

Years later, as a university student in Rio de Janeiro, Hugo was approached by a childhood friend who had learned computers alongside him. “My friend wanted to go back to school, but to do that he needed someone to take over some of his job responsibilities,” Hugo recalled. With a lucrative job offer on the table, Hugo decided to put school on hold and work full time. This kicked off a lifelong journey at the intersection of business and technology that, decades later, would lead him to CU Denver.

“A Proud Brazilian and a Proud American”

Drawn by the booming U.S. tech sector and the opportunity to live near his aunt (a CU Boulder graduate), Hugo immigrated to Colorado in 2005 and enrolled at Front Range Community College. “Then I went through the process of balancing school, work, and life,” he said.

“At times, I juggled multiple part-time jobs while attending college, going through ups and downs, like many others,” Hugo reflected. He also met his wife, and together they began building a family. For a time, he had to step away from school. “Life is messy and complicated, and that’s okay. You’ve got to deal with what you’ve got to deal with. You’ve got to prioritize.”

Although he dreamed of completing a bachelor’s degree, his plans were postponed by another unexpected opportunity: His employer in Boulder offered him a role in their São Paulo office. Hugo jumped at the chance to share his home country with his wife and daughters: “I wanted to introduce my family to Latin America, to Brazil. I’m a proud Brazilian and a proud American.”

After three years in Brazil, Hugo returned to Colorado with his family—and with his dream of earning his bachelor’s degree. When the world transformed in the spring of 2020, he decided the time had come. As he put it, “the pandemic was the motivator that came in and said: ‘Okay, it’s now or never. Enroll at CU Denver. If it doesn’t work out, you know you’ve tried.’”

Today, he’s on track to finish his BSBA degree in management in the coming year. Hugo credits his success to CU Denver’s adaptable digital learning programs. “I wouldn’t be able to do this if it wasn’t online,” he explained. “At times the university system is set up for the stereotypical ‘out-of-high-school’ persona. That’s not me. But online learning has opened up opportunities for students who may not have seen themselves in an academic environment.”

He has also been supported in his journey by CU Denver donors. Hugo is a recipient of the Stecklein Family Endowed Scholarship, established by a family with multiple generations of Lynx alumni.

Al Stecklein MBA ’76 is a Trustee of the CU Foundation, an emeritus member of the Business School Board of Advisors, and an Alumni Award recipient. Al, his wife Mary, and their children Tim ’99 and Kelly MBA ’05, created the scholarship to support business students, especially those like Hugo who are working students, who graduated from Colorado community colleges, and who pursue experiential learning. “I’m incredibly grateful,” said Hugo. “The public education system wouldn’t be anything near what it is without people like the Steckleins.”

Hugo’s story reflects the experiences of thousands of students at CU Denver, who for many reasons choose to pursue higher education in multiple stages, across different institutions, at various times of life.

“One advantage of going back to school is that I’m a more mature person,” Hugo reflected. “I’m always drawing connections to the work I do, which helps tremendously. I’ve experienced so much that I can bring into the classroom.”

He hopes his example will show other working professionals that, no matter what stage they find themselves in their life or career, they can still pursue education. “It’s never too late to set a plan to achieve your dreams,” he insisted. “I want them to say, ‘If he can do it, I can do it.’”

In addition to giving back by sharing his story, Hugo also continues to invest in his community.  In Brazil, he mentored young women in tech as an advisor and judge in the Technovation Challenge. At his current employer GitLab, a software company, he co-founded and helps lead the “Team Member Resource Group” for Latinx employees.

“I am a person who truly believes in paving a path forward to inspire other people. I want to share my learnings and share my victories in life,” Hugo said. “One day, I want there to be an Azevedo Family Foundation!” he added with a smile—a reminder of the virtuous circle of community and opportunity that he has experienced throughout his life.