Kelsey Evans – The Journal of an American Student in Beijing 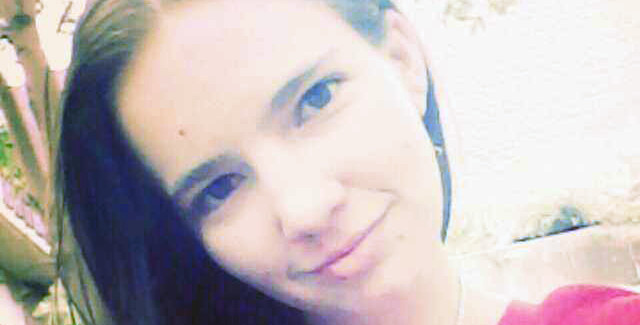 Kelsey Evans, an International Studies major with dual minors in Political Science and Chinese studies, was one of the first American student to study at ICB in Beijing. Her great passion for Chinese culture encouraged Kelsey to extend her stay for a second semester. Kelsey is now back in Denver, working as an intern in CU Denver’s Office of Global Education to promote the Semester in Beijing (at ICB) program to other Americans students.  Let’s get to know her stories in Beijing.

Q: Hello, Kelsey! Can you talk about yourself first for our audience?

A: Hi, everyone! 你好！My name is Kelsey Evans, my Chinese name is 潘可溪 (Pan Kexi). And I also have a Japanese name, it is エバンスケルシ(Ebansu Kerushi).  I use the 3 names because I have studied Mandarin Chinese and Japanese. I was born the year of the dragon, and under the sign of Cancer, the crab.  But I follow the Chinese zodiac more than the Western one.  My favorite quote is from Gandhi, “An eye for an eye leaves the whole world blind.”  I like reading “Queen of the Damned” by Anne Rice, but my favorite book series is the “Otherland” series by Tad Williams. My favorite movie is赤壁 (Red Cliff), the Chinese version, NOT the American version.  My favorite bands are 花儿乐队, from Beijing, 2NE1 from South Korea, Dir en Grey from Japan and Muse from the UK.  I enjoy reading, playing video games, making costumes, Karaoke and hanging out with my friends.

Q: How did you get your Chinese name?

A: I am the one who choose it.  My first Chinese name was 宜可均，except the 均had a water radical, not an earth one.  That name was given to me by my Chinese professor.  I asked for a water name because I am year of the dragon, and the traditional Chinese dragon brought rain.  I changed my name to 潘可均 because 潘 has a water radical and because it fits with my Japanese last name eBANsu.  Ban turning into 潘. I was using the 均 with the earth radical at that point because no one knew it with the water radical. I ended up changing it to 可溪because that is more feminine, has the water radical, and sounds like my English name Kelsey.  I like it even though it sounds like 可惜, which refers to “pity.”

Q: How did you get to know about the ICB program? Why did you want to go to Beijing for study?

A: I had taken 2 years of Japanese and 2 years of Mandarin Chinese at Auraria campus in Denver, Colorado, but no more classes were offered at that campus.  So I decided that I should study abroad to continue learning Chinese.  I also wanted to learn more about the Chinese world view, and make Chinese friends.  I looked into it, and learned that my school, CU Denver has the partnership with CAU.  To be honest, I didn’t understand the difference between ICB and CAU until after I had landed.

Q: What do you like most during your time in Beijing?

A: The three favorite things that I like the most about Beijing: my Chinese friends, the food, and the sites.  My friends are amazing; I miss them so much and talk to many of them on 微信 (“we chat”) every day.  The food is delicious. (American food is greasy and has no flavor when compared to Chinese food.)  It was amazing seeing brand new buildings and skyscrapers next to buildings that were hundreds of years old.  We don’t have that in the U.S.

Q: What is the biggest challenge in your life (living and/or studying) after you came to Beijing? How did you overcome it?

A: My biggest challenge was my shyness.  I am a very shy person, so I thought I wouldn’t be able to make new friends because I would be too scared to start a conversation.  Fortunately, when I was in China, my hair was either pink or purple so I stood out and people would just start talking to me.  Once the conversation had begun, I was no longer shy.  Also I got QQ, 人人 (“ren ren”/Chinese Facebook), 微博 (“weibo”/Chinese Twitter), and 微信 (“we chat”).  So I could talk to people online.

Q: How do you communicate with Chinese students? How did you get along with them?

A: 中文和英文，都可以 (“in Chinese and in English”)。Since I am studying Chinese, I try to speak Chinese with my friends; however my Chinese isn’t very good, so I often switch back to English.  I also use all the Chinese social media, (QQ, 人人, 微博, and 微信) in order to talk to people, especially since I have returned back to Denver. To be honest, sometimes I was very close to my Chinese friends, and sometimes I felt a little left out.  For example, people would tell jokes in Chinese that I couldn’t understand.  The language barrier is a very difficult barrier to overcome.  But I feel like I have succeeded to some degree.

Q: What is your most memorable experience in Beijing?

A: I can only choose one?  I have so many!!  Here are a few: the play I was in, doing KTV, going to birthday parties, and seeing the sites of Beijing.  It was all a blast!  I literally have over 7000 photos that I took over the 8 months that I was there.

Q: What do you highly recommend doing while living in Beijing?

Q: What do you hope to do after you graduate? What are your long-range career goals?

A: I hope that I will have a career that involves China.  If it doesn’t, my personal life will definitely involve China.  I want to help others, travel and experience new things.  Regardless of what I do, I know I will go back to China.  My best friend is Chinese, my boyfriend is Chinese, and I have been blessed with Chinese friends around the world.

Q: Why do you think it’s important to have a global education and a better understanding of another country?

A: Studying abroad is very important.  When you study abroad, you can see the world through a different point of view.  What is more important is you can learn more about your own culture.  Some little things that you never thought about before, you will see with new eyes.  For instance, westerners almost always eat food only from their own plate; they rarely serve others.  Chinese eat from a common plate and often put food on my own plate.   After awhile, I learned that sharing food made me feel closer to the people I was eating with.  I would have never considered that small detail if I hadn’t gone abroad.

Thank Kelsey Evans for accepting the interview. Aside from Kelsey, there are more and more American students interested in experiencing life in Beijing and traditional Chinese cultures.