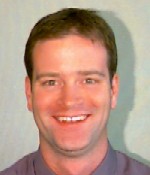 The Collegium Oto-Rhino-Laryngologicum Amicitiae Sacrum was established on in 1926 in the Netherlands. It was created on the initiative of oto-rhino-laryngologists who lost many of their colleagues during World War I, as an scientific forum above the territorial borders. Its  main goal is free exchange of  knowledge and  scientific information in the field of oto-rhino-laryngology on the global scale. This could only be achieved within a limited group of scientists and therefore CORLAS is an elite Society with only 300 active members from 50 European countries. The mutual respect that they derive from their work is an important basis for international understanding and friendship among the members.