Class notes allow alumni to learn the latest news about their fellow Lynx. We invite you to share your favorite accomplishments, whether a promotion, publication, new job, new house, or a new baby. Tell us (or show us—photo or video submissions are encouraged) what you've done since graduation. 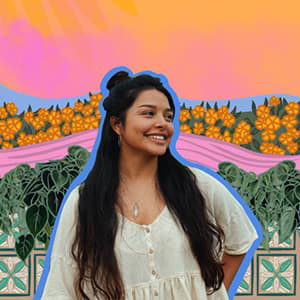 Frida Silva ’20 is the Digital Marketing Associate at Neta Collab.

"In the Spring, I felt stressed that I wasn't going to be able to secure a full-time position in my field after graduation. Neta Collab hired me in the Spring as an intern. After I graduated, they asked me if I wanted to come on as their first, full-time employee as a Digital Marketing Associate! Today, I work with a fearless team that works with incredible organizations and movements that are on the front-line of social change. I am proud to be part of Neta and honored to be doing the work we are doing!" 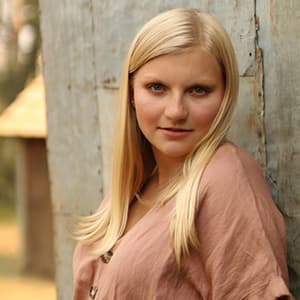 Caroline Stump '20 recently announced she has accepted a position at Warner Music Group as a Licensing Administrator and is headed to Nashville to begin her career.

Around Denver, Caroline is a well-known singer/songwriter! She hosts a podcast with fellow MEIS alumna, Megan Ellsworth '20, called The Songwriter Diaries that explores the songwriting process. You may have seen Caroline playing at Denver venues such as The Roxy, Mercury Café, or the 2019 Underground Music Showcase among others. 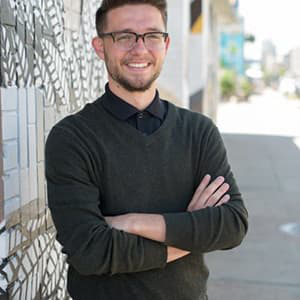 Sebastien Chiu '20 (top) and Matthew Kriese '19 (bottom) founded Project Snapshot which is a new experiential learning fellowship that gives Gen-Z the opportunity to shape the post-COVID-19 world from their perspective. The remote program answers a major need felt throughout the global student community, virtually connecting high school students to mentors in the university through their predefined areas of interest and provides a framework for college students to develop their skills in academia. 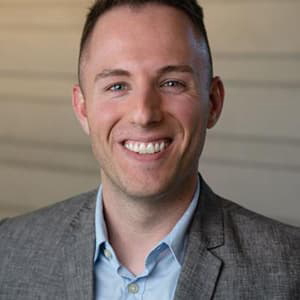 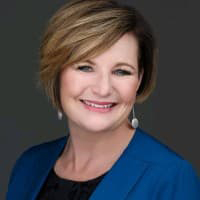 Heidi Williams '17, MPA ’18 former mayor of Thornton, is now the Director of Opioid Response in the Colorado Office of the Attorney General. 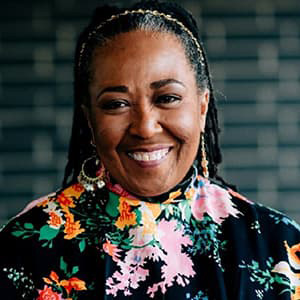 Terrilynn Moore '17 has deep roots in Denver and has been an active leader in our community for years. She was recently featured on KGNU Community Radio to chat about current events and social justice, her ten years as a Denver Police Officer and her current art initiatives including a piece she has up in the City of Aurora's 19th Amendment Exhibit.

Listen to the Interview 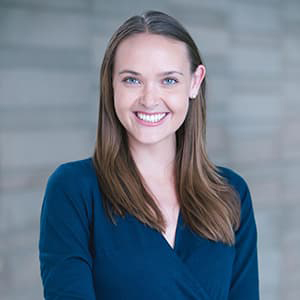 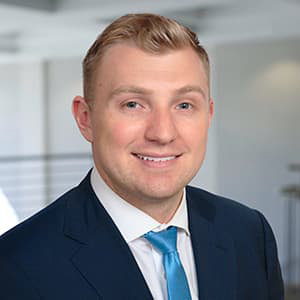 Scott Jones ’15 published a book last month titled, The Free Agent Mindset: How contrarians are Shaping the Future of Work. The Free Agent Mindset is about finding your place in this new work environment and positioning yourself as an independent worker. It will make you look at your career differently by laying out the future of work and allowing you to see options that you may not have seen before. 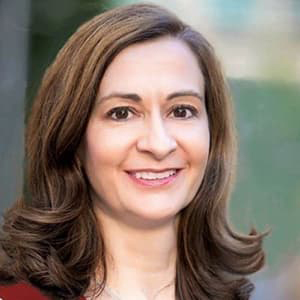 Laurie Manderino MS '93, PhD ’15 recently started a new position as the Development Coordination Officer with the UN in Sierra Leone. Her work is focused on building partnerships and generating funds to support the 3-year Sustainable Development Cooperation Framework with the Government of Sierra Leone, targeting four areas: Sustainable Agriculture, Food and Nutrition Security; Transformational Governance; Access to Basic Services; and Protection and Empowerment of the Most Vulnerable. She will work with more than 15 UN agencies active in Sierra Leone, including UNICEF, WHO, and UN Women. 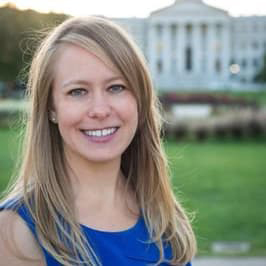 "Sarah Moss, who will handle special projects and trips for the Biden campaign, has more than 20 years experience in campaigns, including a stint as an Obama administration appointee in the U.S. Department of Justice. She has handled advance work for numerous Democratic presidential candidates, including John Kerry in 2004, Barack Obama in 2008 and Hillary Clinton in 2016. Moss, a Denver native, was executive director of Mayor Michael Hancock's inaugural committees in 2011 and 2015." 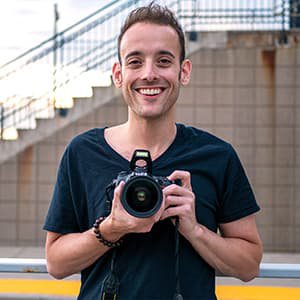 Mikey Smith '14 enjoyed working with Pool Party Creative on a trailer for Nip/Tuck on FX on Hulu. Mickey composed the music, contributed sound design, and created the gratic look for this TV spot. Nip/Tuck is an amazing show and it was an honor to work on this campaign with inspiring folks. 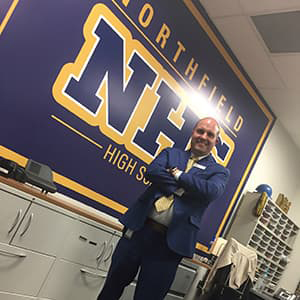 Adam Creapo MA '13 has moved from the classroom to administration. After teaching in Adams 12 and DPS classrooms he is now an Assistant Principal and CareerConnect Pathway Director at Northfield High School. He lives in Denver with his wife Amanda and his 7-year-old son, Colt.

Adam is currently the Assistant Principal and CareerConnect Pathways Director at Denver Public Schools. He received his bachelors in journalism from CU Boulder in 2006 and completed a Master's in Curriculum and Instruction at CU Denver's School of Education and Human Development. 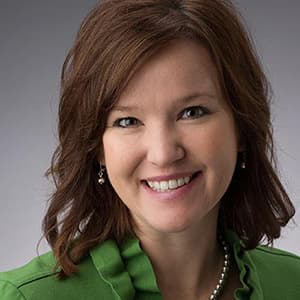 “It’s an honor to be back in the Kansas City area and at Menorah Medical Center, known for its commitment to quality healthcare and the community,” Bergmeier says. “I look forward to working with Menorah Medical Center, continuing to build on its strong foundation, and with the staff, respected for impressive talent and dedication to patient care.”

Read More About the Announcement 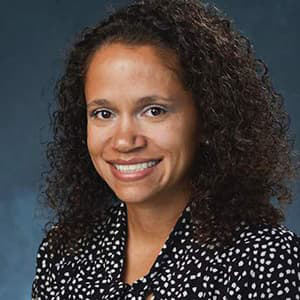 Brandy Reitter MPA ’08 was appointed by Governor Jared Polis to serve on the Colorado Statewide Internet Portal Authority (SIPA) as the local government representative for a term expiring June 1, 2024

"The Statewide Internet Portal Authority develops the officially recognized statewide internet portal that provides one-stop access to electronic information, products, and services in order to give members of the public an alternative way to transact business with the state." 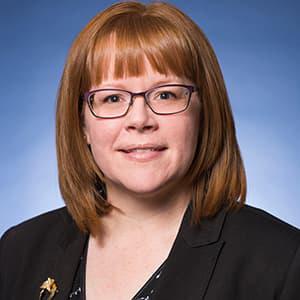 Tara Beiter-Fluhr, MS, MBA '08 supervises a small team handling indirect and property taxes at OmniTrax, Inc., a short-line railroad management company. She was elected to a four-year term as Mayor of Sheridan, Colorado in November 2017. 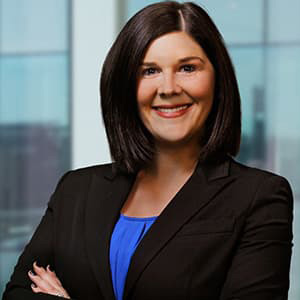 Brittany Morris Saunders MA '07, was named the Communications, Media and Public Relations winner for Denver Business Journal's 2020 Outstanding Women in Business Awards. Brittany is President of Local Affairs at Sewald Hanfling Public Affairs and specializes in the representation of businesses, developers, corporations and non-profits before local governments, including cities, counties and special districts. 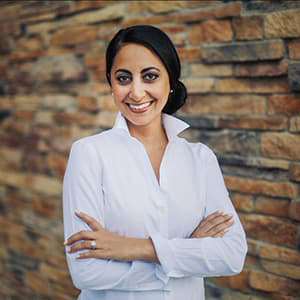 Iman Jodeh '04, MPA ’06 is running for election to the Colorado House of Representatives to represent District 41. 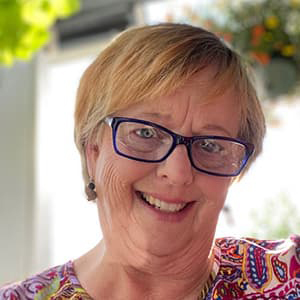 Janyne McConnaughey PhD '06 serves on the Board of Directors for the Attachment & Trauma Network. She recently published her third book in the BRAVE series, BRAVE: A Personal Story of Healing Childhood Trauma.

"I have been able to share my message of hope and the importance of trauma-informed practices with audiences on college campuses, schools, education, and faith-based conferences, podcasts, and webinars."

Janyne and her husband have relocated to the Seattle area to be near children and grandchildren. 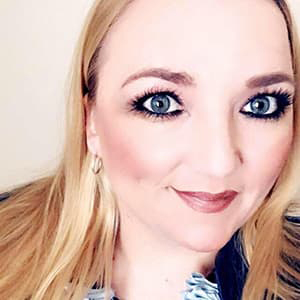 Katharine Nelson '00, MBA '02 became the first ever model in a wheelchair for Denver Fashion Week (Spring and Fall 2019). The story aired on CBS Channel 7 and went national, being nominated for an Emmy award. She was also interviewed on the All I Know podcast which has an international audience.

Katharine is currently an Investment Accountant at Colorado PERA and completed her undergraduate degree in accounting and political science.