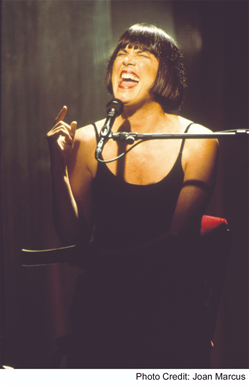 V (formerly Eve Ensler) exemplifies all of these qualities. A Tony Award winning playwright, performer, and activist, V is the author of The Vagina Monologues, a play that has been translated into over 48 languages and performed in over 140 countries including at our own CU Denver Auraria Campus. The Vagina Monologues and the many other plays V has written (e.g. The Good Body, Emotional Creature, The Treatment, Necessary Targets, Ladies, Lemonade, Extraordinary Measures, Mango, and Here) challenge and change cultural norms around how women’s bodies are viewed.

In 2007, V co-edited A Memory, a Monologue, a Rant, and a Prayer, an anthology of writings specifically about violence against women published in 2007. V also has a number of film credits to her name Including producing What I Want My Words to Do to You, a 2002 documentary about the writing group she led at the Bedford Hills Correctional Facility for Women which won the Freedom of Expression Award at the Sundance Film Festival.

V’s experience performing The Vagina Monologues inspired her to create V-Day, a global activist movement to stop violence against women and girls. She has devoted her life to stopping violence, envisioning a planet in which women and girls will be free to thrive, rather than merely survive. Today, V-Day raises funds and awareness through benefit productions of The Vagina Monologues and other artistic works. To date, the V-Day movement has raised over $100 million; educated millions about the issue of violence against women and the efforts to end it; crafted international educational, media, and PSA campaigns; reopened shelters; and funded over 13,000 community-based anti-violence programs and safe houses in Afghanistan, Democratic Republic of Congo, Kenya, Indian Country, and Iraq.

In 2012, V initiated ONE BILLION RISING which has run now for eight years and is the largest mass action campaign against violence against women and girls in the world. Annually, activists rise in 200 countries through dance and creative expression. Rising in Solidarity, One Billion Rising activists take their actions out of the theater and into the streets. And the revolutionary leadership work at City of Joy thrives, with over 1470 graduates to date. City of Joy is a transformational leadership community created for women survivors of violence in Bukavu in Eastern Democratic Republic of Congo.

The Covid-19 pandemic’s impact on communities of color around the world and the uprising for racial justice in the United States and across the globe has shown that as a movement against violence against women we must do more to amplifying the voices of marginalized communities. In this moment of reckoning, V has announced a new VOICES campaign. In this inaugural year, VOICES will create a new piece curated by poet and organizer Aja Monet, who will be reaching out to Black women across the planet, inviting submissions of poems, monologues, and songs that will be assembled into a V-Day performance piece anticipated for Fall 2021.

There is no question that V exemplifies the vision and values of the Center on Domestic Violence. Through her plays, books, film and activism, she has used her voice to set new social norms and cultural expectations regarding women and violence, courageously lead efforts to build inspiring visions of peace and safety for our communities, and served as a positive role model to young people, indeed all of us, in taking a stand to prevent gender-based violence. Please join us in recognizing V as a Center on Domestic Violence Champion for Change! 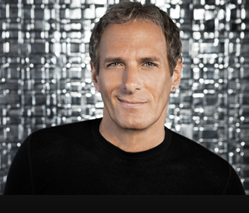 Michael Bolton is a multiple Grammy Award-winning Singer, Songwriter and Social Activist, who has sold more than 65 million records globally and continues to tour the world.  Michael has been nominated four times and twice won Grammys for Best Pop Male Vocal Performance. He has won 6 American Music Awards, 3 Emmy nominations and a Star on the Hollywood Walk of Fame. With 9 #1 singles, Michael has seen 9 studio albums rank in the Top Ten.

Michael became a viral sensation in The Lonely Island’s Emmy nominated video, “Captain Jack Sparrow” that launched on Saturday Night Live and has racked up over 190 million views on YouTube.  His television credits include “Honest Trailers”, Two and a half Men, Glee, Fresh off the Boat, and Last Week Tonight with John Oliver. Michael’s songs and performances have been featured in numerous television and film soundtracks including “Tears of the Angels” the Emmy nominated title song for Terror at Home addressing Domestic Violence in America, a documentary which Michael also Executive Produced.

Throughout his career, Michael has been a humanitarian and activist. In 1993 Michael founded the Michael Bolton Charities (MBC), to assist women and children at risk and expand opportunities for youth across socioeconomic and multicultural lines. MBC began with a handful of volunteers building a playground in a dangerous New Haven neighborhood to provide children a safe place to play outdoors.  Now in its 27th year, MBC continues to foster dynamic social change – to break the cycle of domestic violence, poverty, abuse and homelessness through innovative initiatives. To date, over $10 million has been raised from contributions and net income from special events, benefiting more than 100 service organizations in cities across the country.

In the fall of 2015, the Charities launched, “Beyond Trauma: Youth Music Therapy”, a one-of-a-kind groundbreaking initiative designed specifically for students who have a history of domestic violence and/or other significant trauma. Following extensive research, this highly personalized music therapy program has proven a powerful tool in the healing process for young people.

A major focus of Michael’s and for the Michael Bolton Charities is violence against women.  Over the years, Michael has joined forces with coalitions of women’s groups and members of Congress to pass and reauthorize life-saving federal legislation, the Violence Against Women Act (VAWA).  Michael, personally, has continued to devote his time to draw attention to the domestic violence epidemic and to enlist other men to raise their voices for zero tolerance on the issue.  He has directed his foundation to do whatever possible to secure continued and additional funding to keep shelters open, educational programs functioning, and children and women safe.

Michael exemplifies the qualities of a true Champion for Change.